Mary Poppins, Nanny, Housekeeper's assistant as soon as we have not called a woman who spends so much time with their children, cultivating, keeping an eye, feeding and clothing them. And how much has been written articles on "The Nanny in the home, or how to set the rules for it," that's just the very babysitter sometimes forget to ask what she thinks about it. I want to tell you a story, the revelation of the nurse with experience in the family for more than 5 years. Perhaps something will hit you, something is outrageous, but something will be for you a real discovery. 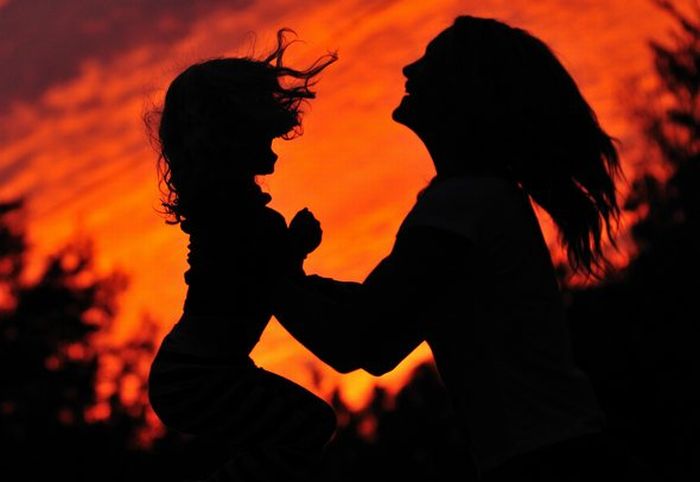 PS Next, the words of the nurse.

I started working as a nanny recently, though, as it turned out, it's been five years. You know, in my day, young girls get the nurse was not easy. It was believed that there is no life experience, work experience and skills in families, but I was lucky, I was accepted to work in the family, where she was a girl. I still remember this charming angel. The little girl was very fond of his mother and missed when she was delayed at work late or goes on a holiday with his next cavalier. I lived with them in the apartment, to be always there if you need me baby, and frequent lack of mothers were "to bear fruit" - the girl began to sometimes call me mom. I understand that this is wrong, and every time she explained that her mother she had only one, and I was babysitting and should call me by name. She understands everything, but that's my mother she did not have enough. Eighteen months later, I went out of their family, I could no longer look into the eyes of little girls, which even then was six and respond once again to the question "Where is Mommy?" - "At work", because she knew that her mother was once again It may be in Thailand or Egypt with her partner.

Then there was the family, where one mother brought up her son five years. I had to spend time with him on the day of not less than twelve hours, while mom at work. I stipulated that I was going to feed, walk and play educational games with the boy. Everything was fine, until one morning the kid did not tell me "Mom asked me to look after you so that you did not take the fruit from the table," I do not know what to say to the child at this time, because the questions of my food there made a reservation in advance and everything was included. Then the next time you come home from work and my mom's daily report, that was the day, followed by a question: "What he ate all 4 chicken cutlets?". And so all the time, I did not know this woman, even if not touching my food issues, and education of his son. She wanted was discipline, order, but strictly speaking with the child turned out to be impossible to insist that he did not swear and did not fight in the street - too. It was a lot of things, and I left after three months.

And then I found two own family, almost the same time. And those and others were full of family and two children - a boy and a girl. I am currently employed and those and others. I always found it a shame that sometimes treat you like a servant, not as an equal human being. After profession the nurse also deserves respect. I think that some mothers do not realize that the nurse is also a man, she has feelings and dignity, and it must be respected, because you trust her the most valuable - your children, whom she loves, cares, and which is experiencing, if something is wrong . In these families, I was treated and is still treated as an equal, talking normally, but not high, children pripryzhku flee when they hear my voice in the hallway and soon pulled into the room to tell me what happened during these days without me and to share the "secrets", what toys they now have, and what happened in kindergarten. They always know when I come, we have to play with them in educational games, learn to count and read, walk on the street, playing with toys and read books, I teach them to draw and sculpt from salty dough. Question powered parents do not even raised at first my parish showed me where everything is, "Kids will eat and you're with them necessarily, the hungry do not go with the kids." I do not need delicacies, even if they lie in the fridge, I prefer soup or the second, and in the afternoon fruit. Parents of toddlers are always congratulate the holiday and call on my birthday, which is very nice for me. A phone call and the phrase "And let you come tomorrow, and the kids are very bored and waiting for you" and a clear, smiling eyes of my children for me the best reward.

Dear parents, appreciate their nannies, they sometimes have very hard, treat them with respect. They deserve it like no other.