This fall, we celebrated twenty years of our marriage. And for me and for Asi - more than half of life, because when we were eighteen and nineteen. Of course, we did very rushed, it was possible to wait for - to finish his studies and become a little independent ... Our children and we just recommend. But his choice - not regret.

Firstly, just silly to feel sorry about something, to determine your whole life. You can dream, as if you were born in a medieval castle or on a tropical island, as if you were adopted in infancy King of Norway or in the youth went to the astronauts, but it is impossible to think about it seriously. This would be a completely different person, not you.

And besides, we fell together grow. Probably, it was quite common in those days, when early marriage was the norm, when the desire to "work up first" is not taken seriously. Yes, work up ... but also to form, zakostenet in some of their habits and preferences, so that then do not change anything. And we have become the halves of each other, just coming from a child, and not just "have adjusted" to each other - have grown together and intertwined, so that not separate the one without damaging the other. 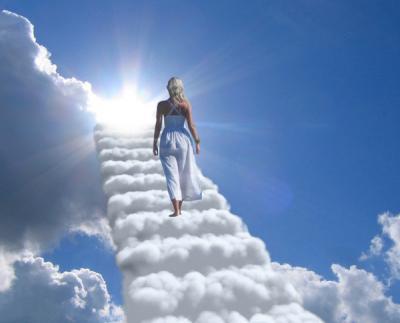 We are very different, almost opposite in nature. It is believed that this is a good thing because my slowness, rationality, thoroughness balanced mobility, emotional, easily Asi. Yes, that is right. But as it is sometimes annoying! But in the life values ​​match almost complete - that's probably another result of early marriage. Just imagine that together we met with the restructuring, the collapse of the USSR, the shock market reforms, the current is not clear that ... We are not just discussing these issues, we have lived this, sometimes, it can be said to survive.

Still, stories of couples who have lived together for decades and never quarreled with the - this clearly is not about us. Idyll we do not have, and never it probably was not - from the very beginning had a surprise to learn that a loved one has flaws, and that love is lost and go, but love still need to seriously and for a long time to study ... There were scandals and cries, tears, and a lot of things different. But more important, it has always been there and now we have a lot of the main and the present. Beginning at least with our three children.

And together we have discovered God. It may seem strange, but it's true - we have come to believe not just once, but also came first to one another. And when then went into the temple and listened to these more obscure words of the prayer "themselves and one another and our whole life, our unto Christ our God" - is very clearly felt that "our stomach", the total for two, which already had our Annie.

Marriage and the Church is to say a few words separately. For some reason, it is often considered to be the Orthodox, so that family life - something inferior, secondary in comparison with the life of the church, in an ideal - a monk. Something halfway between physiology and housekeeping ... I guess it's just from miscommunication, than it actually may be, this is the family life.

One young girl leaned a monk in the "alternative" Orthodoxy (that is, in her opinion, more sublime, harsh, right, than our Moscow Patriarchate). She wrote in her blog network: marriage - it's so boring! Maybe it's a series of "sour grapes" but maybe she really thinks so ... Whatever it was, it is difficult, in my opinion, to choose the worst definition of marriage. Family life can be heaven and hell, it can be anything you like, but not boring.

Yes not about to say no end in Soviet times, when a quiet family home contrasted deafening struggle for the people's happiness, great construction projects of communism, endless feats of polar and border guards? As a Christianized version of today is: asceticism ascetics and hermits, sky-high flight of thought ... There theologians - something great and meaningful, universal, and here - the kettle on the stove and baby diapers in a bathroom on the rope. How can you compare? Only then, perhaps, and the Lord's Supper, we have to record in the category of "bytovuhi". What could be so, in fact, happened? Well, we have gathered at the banquet table, drank, ate and talked. No more miracles, revelations and events on a cosmic scale. The teacher gave the disciples bread and poured wine - so there were fathers and owners of houses every night. But here it is the everyday becomes a receptacle for the greatest.

Similarly, in a marriage. It is no accident in the Bible so persistently and consistently the ways of God and of His Church (and even the Old Testament Church) constantly likened to the relationship of husband and wife. Here, perhaps, it is worth quoting a few passages from the Bible. This is what the apostle Paul writes: "Wives, submit yourselves unto your own husbands, as unto the Lord. For the husband is head of the wife as Christ is the head of the church, and he is the savior of the body. But as the church is subject unto Christ, so let wives be to their own husbands in everything. Husbands, love your wives, even as Christ also loved the church and gave himself up for her "(Ephesians 5: 22-25).

Typically, in these words see some humiliation of women: that's supposedly solid domostroj and sexism, machismo and other politically incorrect. But let Careful reading: obey, his wife, their husbands, not as Karabas-Barabas with a whip, and as the church is subject to Christ. He obeys because he loves, seeks to Him, because of him, and there is. And the husband? Do not just provide their spouse with everything you need and love as Christ - unconditionally, selflessly, without limit. It will be necessary to cross - on him and go without waiting for the appreciation and gratitude, Christ did not wait for her from the apostles. 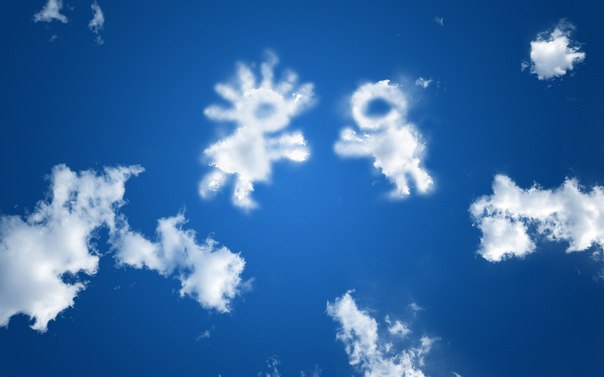 Where inequality here? Both sides must fully, without the rest to live for each other. But while they have different roles. It is much deeper and thinner bleak political correctness in which Mr. and Mrs. X should perform all the activities from cleaning dirty dishes and to raising children, on a strictly equal footing as long as there is mutual agreement on the matter between them. And run out of it - both are free, no one owes nothing to. No, this initial self-worth, and complete freedom from each other - worse than the most ferocious Domostroi, in my opinion.

Did you ever covered a doubt, disappointment, did not want to start all over again with some other woman, - anticipate the unspoken question. Yes, there are. Do not you get tired of each other, are not burdened by something in another person? Too happened. I was never in anyone not fall in love? Yes, and it happened. But I have always had a memory of the seriousness of the oath, which was given to God and to each other at the wedding. Together - forever, in the sorrows and joys. Leave when bored, and start over somewhere else - this option was simply banned.

And the ban on someone quick look - tightness and restriction. But in reality - it is a high fence at the bridge, which should go, and the wind is blowing, and bridge swinging, and the balance so easy to lose ... And indeed the abyss mysteriously attracts. Fence - to keep from falling.

See also:   HOW TO WRITE A MESSAGE TO dating men 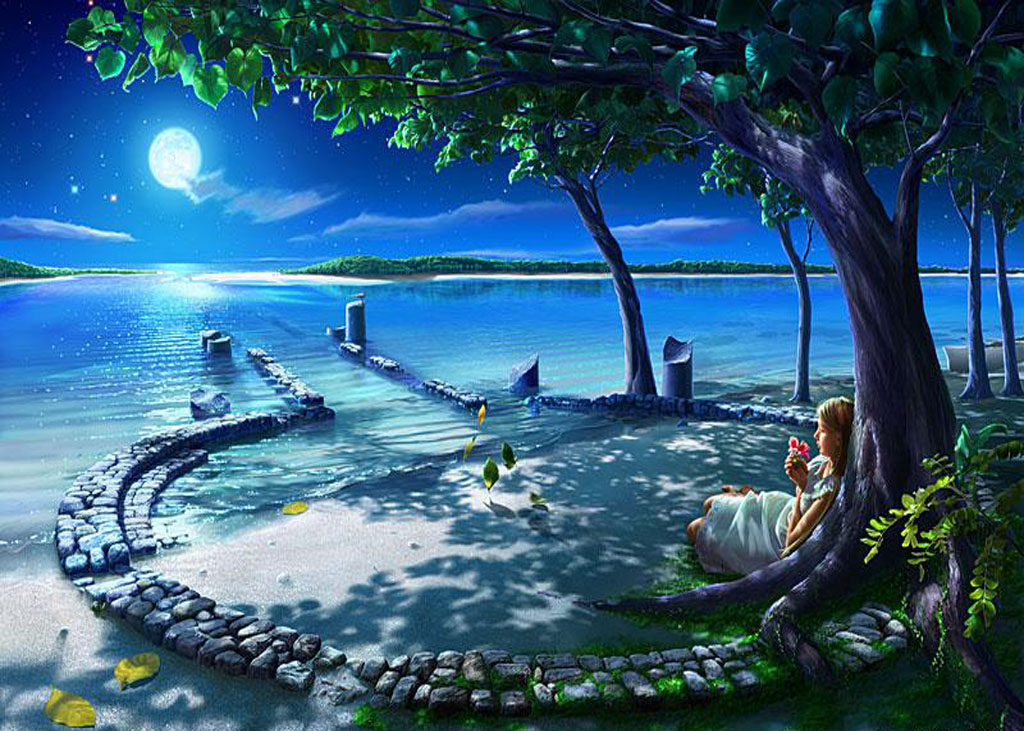 Someone thinks it's poverty - around "so many good girls" and I deny myself the opportunity to know them better. But I do not think it's poverty. You can even think of this parable. One person quenched his thirst with drinks that are bought in different kiosks: This label is beautiful, in fact taste promise more interesting, this popenistey, the poshipuchey ... And the other one built a house about a pure source in the mountains, his whole life was drinking his water and equip the source itself . At first, I must admit, a lot more experience. But he never was, and not its source, and if he decides to start it, then all the old bottles and labels will not mean anything. Rather, finding its source, he will now consider them as tasting a waste of time, which only postpones meeting with a spring. However, people are different, for sure many like to try everything.

In girls and women, which I liked and which I sometimes fall in love, I certainly saw some attractive features that are not to the same extent in Asa. With them, it's fun to chat, chat is even made up for something that could not get to our unity with it, but ... always felt very clearly is the line beyond which we have with these girls went their separate ways. Total bed or even a common household, I think, would have moved this line a little further, but it would not have abolished it: until now I need you, I need you, and then I do myself. Asya this face was not from the beginning: we are together, and that says it all.

So crowning wife - the Motherland or the Church, I have it, it is far from perfect, but it was she - my, and the other will not. It's not that I myself, the man is not perfect, I can not count on a perfect wife, or even that such is not found at all in the world. The point rather is that the spring at your home - it's water, not champagne, and champagne can not be and should not be. Nobody wants to live with a champagne without water. So here - in the Ace may be something like that, which I sometimes want to, but it has all the things without which I simply no longer able to live.